Home » Security Blog » Start with the outside and work in

Start with the outside and work in

Another series of security risk assessments have been completed across the country and the inconsistencies in major building security are easier to spot than ever. 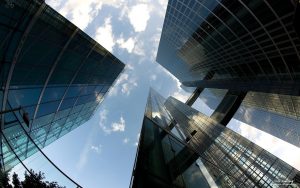 In part, this is because the shortcomings that many commercial properties have with security are relatively consistent. It is also because the commercial property sector in general is not adjusting to the changing risk profile of the local and global environments and the types of risks that need to be considered.

This is not a criticism, more of an observation.

And when most security risk assessments are conducted on a cyclical basis every two or three years at best, it’s actually not that surprising. In fact, we should expect that fresh risks are being considered with each new review.

Many major buildings will have open public spaces such as forecourts between the building and the roadway. Shopping centres commonly have expansive car parks that surround much of the building.

Historically, while these spaces will have been acknowledged as part of the property, risk management has been more focussed on public liability exposure than security.

In the example of car parks, property managers in the past would routinely have signs setting out the terms and conditions for their use that absolved the property owner of needing to focus on vehicle and personal security.

And while these types of signs are less prominent today, there has been little attention paid to the protection of open spaces and the approaches to commercial properties.

We continually track events and incidents overseas to see what patterns are emerging to appreciate what risks we may be exposed to locally. Like most countries, Australia will commonly adopt international trends, both good and bad. And while it was flares and big hair in the ‘70’s, we are more concerned with extremism and fanaticism in 2017 and what that means for the local environment.

Established ideologies like these bring with them new risks to both people and property. We have seen this on countless occasions in a variety of environments.

What we are learning is that the weapon of choice of these individuals almost always meets two key criteria: they are readily available and require little knowledge to use.

Commonly these weapons have included knives, firearms and motor vehicles.

The attack in Nice in July 2016 made world headlines for the use of a truck to carry out a terrorist attack. The use of motor vehicles to inflict harm and damage has been common for many years. Perhaps Nice just served as a timely reminder of how much damage vehicles can do in the wrong hands and without any controls in place.

Minimum standards for the protection of publicly accessible commercial property is often open to debate.

What is required when major incidents such as Nice have not happened in Australia? How far do we go when the risk is so hard to qualify? These are questions we get asked most weeks.

But it is not just deliberate acts we need to concern ourselves with. We need to appreciate what accidental impacts could occur and plan for them in the same way. Intentional or accidental, the treatments will be similar unless there is a defined risk which would then be considered separately.

So how do we treat the risks?

The treatments for building protection against vehicle intrusion can be complex and expensive, particularly post construction.

In high-security buildings such as embassies, gates known as “truck-stoppers” that cost tens of thousands of dollars are routinely used but they are deployed with a specific risk in mind. Variations of these are also used in critical environments such as data centres.

For buildings that need improved security at the same time as providing good levels of public amenity while satisfying the most fastidious of architects, there are other options.

For existing sites where retrofitting vehicle protection is required, bollards are an obvious choice. Like many security products, they come in a variety of finishes and capabilities and can be engineered to stop heavy vehicles. However, architects commonly resist them because they can look unsightly and could project an image which is contrary to the look and feel of the property.

The best way to overcome the need for retrofitting is to consider protection from accidental and intentional vehicle intrusion during the building design phase. CPTED (Crime Prevention Through Environmental Design) reviews should be part of any new design and evaluating the needs for vehicle protection is a logical part of that process.

The best way to overcome the need for retrofitting is to consider protection from accidental and intentional vehicle intrusion during the building design phase.

Bollards aside, there are many ways to protect commercial properties from vehicle intrusion. Stairs, kerb alignments and even building orientation can all be ways to minimise the risk of vehicle impacts with the property and the people who use it.

Street furniture can come in many forms and capabilities and is easily adapted to perform a strategic security function. Seating can be designed to not only look good and be functional, but also be engineered to stop heavy vehicles travelling at 60kms an hour or more.

Placement and spacing is critical and will commonly include approaches that are easily accessible to vehicles.

It means that the design elements of the building can be continued externally and achieve some really good outcomes for the property.

As the risks to properties evolve and traditional counter measures become obsolete, we need to think more broadly about how to best deal with risk. We can deal with risk in a way that is both attractive, functional and so that the security element of the design goes unnoticed to the untrained eye.

The first step in getting it right is simply taking a fresh look outside.

Talk to us now about how RiskDynamyx® can protect your property.